Don't forget, there is no injury that is too big or too small!!

We are registered with all major health
insurers and the NHS. Click the plus to see the companies we work with.

All members of the team have come from running their own successful businesses in this industry but have had the same dream of working as a team together, under one roof to provide the best care for our patients/clients.

Discount for armed forces personel only

Discount for armed forces personel only

I've known Nikki for some years and find her truly genuine and professional. Amongst other things she has treated me for knee and lower back injuries and her skilled therapy, endless encouragement and advice gave me the confidence to recover quickly and get back to normal activity. I highly recommend her.

I am completely satisfied with the treatment I have received from Nikki. She is extremely good at her job and very professional when she is treating you. She does a great job and I have no hesitation in recommending her. 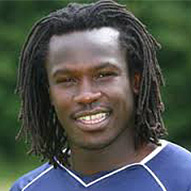 I've been looked after by Gary for the past 9 years. He's treated and rehabilitated pretty much every part of my body over the years from my head to my toes.... 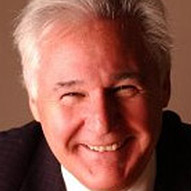 Gary Sadler came highly recommended, which I am so gratefully for, with his expert help and treatment along with nutritional advice and gym work... 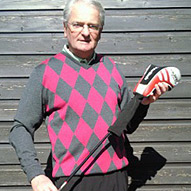 Having played Professional golf for 35 years, in recent years I have been restricted by a back injury which has limited my ability to compete... 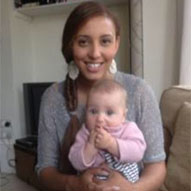 Having developed SPD quite early in my pregnancy was not only a physical strain but also an emotional one...

Since 2008 I have gradually increased my training programmes in order to continue to achieve PBs and compete in more demanding Team and Individual events...

I have been involved in long distance running for more years than I care to remember, averaging around 50 miles per week and running more than a dozen...

Tracy is the best masseuse I've ever had and will do wonders for your flexibility. I wouldn't be running still without her! 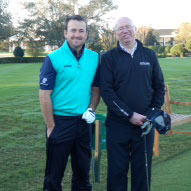 I have a chronic hip problem, which has been exacerbated by playing various competitive sports over 40 years... 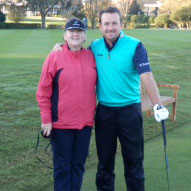 I consulted Nikki for recurring rotator cuff injury & damage to calf muscle. She is an extremely talented Therapist, who has immense empathy... 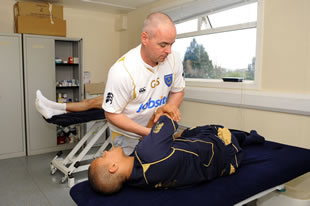 From August 2001 until August 2010 Gary was employed as the head physiotherapist to Portsmouth Football Club. During his 9 years at the club he has, like many of the people associated, enjoyed the successes that the football club has brought to the city of Portsmouth.

Gary has travelled as the head physiotherapist with the team all over the world playing matches in Hong Kong, Nigeria, South Africa, Portugal, Germany, France & Scotland. He was a member of the backroom staff that has been associated together with the players with the following achievements...

Before Portsmouth FC, Gary graduated from Guys Hospital (London) in 1990. After qualifying he worked for 6 years in the NHS before moving to Crystal Palace Football Club as head physiotherapist in 1996. He worked as a part time physiotherapist for Queens Park Rangers and 4 years at West Ham United.

My Career began working as a physiotherapist’s assistant in a sports injury clinic, which lead to me becoming a qualified sports massage therapist in 1999 and registered member of the Federation of Holistic therapy.

In 2008 I left the sports injury clinic and set up my own business renting a room in Southsea. During this time I built a following of runners predominantly marathon and ultra distance runners. This lead to my involvement with Sports Rehabilitation and Performance clinic at David Lloyd health.

In 2006 Sarah left her job as Branch Manager of Lloyds TSB and followed her dream of becoming a physiotherapist. From 2007-2011 Sarah studied Physiotherapy at Southampton University where she gained a BSc (Hons) degree. During this period of study she was employed by the NHS as a physiotherapy assistant at Queen Alexandra Hospital working predominantly on the respiratory wards.

Sarah is fully qualified in Acupuncture and has now joined Gary Sadler and his team in Cosham where she is looking forward to treating new and existing patients.

As a keen golfer Sarah recently attended a course at the Belfry which has enabled her to provide classes for Golfers specifically looking to improve strength, core stability and balance. These classes aim not only to improve golfers overall game but reduce injuries too.

Katie qualified as an aerobics instructor in 1999 and has worked in and around health and fitness ever since.

She holds coaching qualifications for running, a diploma in exercise referral (working with health conditions), gym instructor and personal trainer certificates. Katie's work in the last 8 years has focused on healthy weight so she can help you lose or gain weight in a healthy and sustainable way.

Her interests lie in injury prevention and she has personal experience of training for long distance running and cycling events. She is available for personal training 1-1 or in small groups. She also runs a weekly flexibility class here in the clinic.

Having worked in retail for 3 years I decided to go back to college and retrain in an area that was related to sports injuries.

In 2003 I began my retraining and finally completed a BSc Hons degree in sports injuries from Chichester University.

Since then I have worked for the past 10 years in a local sports injury clinic as well as spending 2 years looking after the Ladies football team at Havant and Waterlooville football club.

I have an interest in football and can be seen regularly at Fratton Park where I am a season ticket holder.

I have a personal interest in running and can be seen treading the pavements around the Portsmouth area.